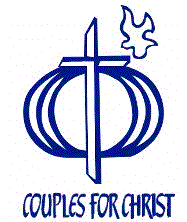 Like any other organization whose membership is predominantly Filipino, the Couples For Christ (CFC) in Leeds was brought by committed CFC members from the Philippines.  The formation of the chapter was initiated by Bro Alan and Sis Shiela Salada in 2001.

With an initial group of three couples, the first Christian Life Program (CLP) in Leeds was conducted in January 2003 at St Augustine's Catholic Church. Eight couples and five singles graduated from the first CLP and were considered as the pioneering batch of the CFC Leeds Chapter.

It was also during this date, 19 January 2003, that the CFC Leeds Chapter was formalized and became one of the Chapters being shepherded by the CFC UK Council with Bro Rene Garcia at the helm.

CFC Midlands chapter membership has grown leaps and bounds.  Thanks to the guidance of our elders in this community and to the dedication of its members in bringing Christ to others.
Blog

posted on 22 November 2021
Couples for Christ UK community celebrated its 25th year of serving the Lord on November 6, 2021.
This year's anniversary celebration was celebrated differently from the previous year's because of pandemic.  Members needed to observe social distancing literally with computer screens separating the attendees.
Regardless of how the celebration was done, the occasion was worth remembering. It was a moment of gratitude for all the blessings that the Lord has bestowed upon the members most especially good health.
There was no better way to show the community's gratitude than to have a Holy Mass which was celebrated by a Filipino missionary priest. Pandemic can never stop the CFC community from proclaiming God's goodness.
One of the highlights of the celebration was a presentation by each chapter.
CFC Midlands shared their talents through a medley song that describes our world at the moment-a world that needs healing, a world that needs eradication of hunger, a world needs sharing of love with one another.
As our talented brothers and sisters from CFC Midlands were singing, powerful images we also shown which made the song even more impactful and moving.
​Please watch the video below as CFC Midlands sing We Are the World and Heal the World medley.
​Happy 25th year CFC UK!

posted on 19 Feb. 2020
On Sunday, 16th of February, CFC Midlands held a speakers training as part of its pastoral formation for members.

It was a fun and spirit-filled event that other members have missed.  In the words of Sis Sharon Bacolod, "A lot of hidden talents have emerged."  Some brothers and sisters who never gave a talk in front before were able to showcase their public speaking talents.  Thanks to the insights gained from the talks, from the guidance of some elders and from the inputs of other members from each group.  Participants were grouped into five and they were given a specific talk to discuss and to give a mock talk in five minutes for that particular topic.

It was heart-warming to see the appreciation of all present for the efforts made by each mock speaker.  This is a testament that members are maturing in their relationships with the Lord and with the brethren.

A video was created to highlight the momentous event.

It’s the time of the year again when CFC activities come into full swing.  CFC Midlands chapter is no exemption.
​
On 8 February 2020, several units within Midlands chapter started their activities and they were off to a flying start.  Foremost of these was the Christian Life Program. Bradford and Manchester units started their CLPs with several couples and Handmaids of the Lord in attendance.  Liverpool unit had their Evangelisation Training and Financial Stewardship.

​As to other family ministries, Youth For Christ Midlands cannot be outdone.  As the CLPs were in progress, YFC were having their year 3 pastoral formation, Church and Sacraments - a first in this chapter. The YFC had been blessed to have Fr. Keiron as one of the speakers.  He gave the talk on the Sacraments. They also spent some time to be with our Lord during the Adoration, Confession and Holy Mass.

These activities are on top of the households that each family ministry do and other church activities that some members attend to like The Harbour Prayer group of the Franciscan Friars at St Patrick's Church in Bradford.

Despite of the simultaneous gathering, each unit were able able to have a spirit-filled event, thanks to the unwavering support of the members.  It’s a testament of how God works in us.
​
The next coming months will definitely be as busy as the previous’.  But this should not deter the members from proclaiming His words and be the lights to others.

Here are some images from these events.(SLIDESHOW)

​While the parents were learning about Vatican II, the Kids for Christ had their own topics to learn from as well.  The hardworking ATEs and KUYAs from the YFC facilitated the topic with the guidance of the energetic KFC coordinators.  One of the highlights of the gathering was the honouring of the birthday and wedding anniversary celebrants of the month.

​​Bro Bajun Palaca, household head in Bradford and KFC chapter coordinator closed the assembly with a vibrant worship. YFC sang their hearts out with the Liveloud songs.

Of course, there's always fun in fellowship when there is food, and the brethren had it plentiful through the generosity of the brothers and sisters from the whole Midlands chapter.

Up next is Echo Conference in March.  Venue is TBA.

Thank you Lord God for the gift of faith, church, family and community.